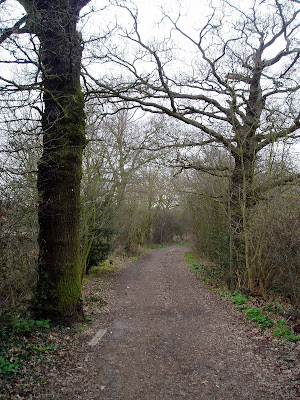 Near the start of the walk
Last Friday I joined my daughter, Ruth, on a guided five-mile walk through the Roding Valley Nature Reserve.

This began in Chigwell, in the county of Essex, and finished at the pavilion cafe in Ray Park, Woodford, which is inside Greater London. The trek, with about twenty-five walkers plus five park rangers (at least one of whom was so keen that she was there on her day off) is provided free by our Local Authority (the London Borough of Redbridge). At the finish we were pleasantly surprised at an excellent free lunch which was provided.

Most of the area we covered is designated as a Site of Special Scientific Interest (SSSI). Local Authorities and other public institutions now have a statutory duty to further the conservation and enhancement of SSSIs.

Any piece of land, no matter who owns it, can be so designated by UK law.
One of the most interesting aspects of Roding Valley is the several different meadows which are managed by traditional methods which have existed for more than a thousand years. There are dry, hay meadows and so-called wet meadows which flood when the River Roding bursts its banks which is quite often. This is because the course of the river has been fixed by building reinforced banks instead of letting nature take its natural course. Rivers, over hundreds of years, are constantly altering their course and now the Roding has to feed a volume of water into the Thames which it can barely handle. 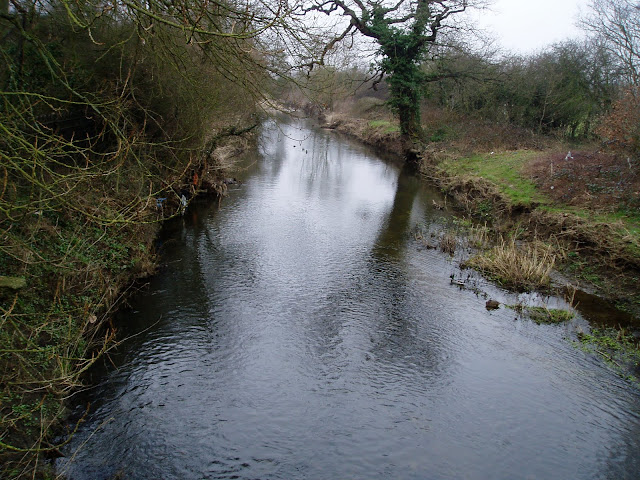 You may be able to observe a pair of Mallard Ducks on the right of my picture if you click on it.
They are returning hedgerows to the site; this reverses the trend of modern farming methods where combine-harvesters are hampered by hedgerows thus destroying a very specialised wildlife habitat.

In late spring the lower meadows are a riot of colour as there are more than 200 species of wild flower growing there, many of which are extremely rare types.

We managed to see a Kestrel perched high in a tree (probably waiting for us to go away). A Kestrel usually occupies about a square mile of its own territory to hunt. We also noticed a Little Egret, a member of the Heron family, and there are Kingfishers, Long-tailed Tits and Sparrow-hawks in the area too along with lots of more common birds.

Some of the Oak trees in the area (once a part of Epping Forest) are more than 450 years old.

Forests dating to pre 1600 in England & Wales are deemed to be Ancient Woodlands. This means that they probably were not planted or managed but grew naturally.

The whole episode made us both feel lucky to live in the area and very appreciative of the work that conservationists (mostly volunteers) do.

So peaceful and lovely.

Yes Mimi, it was certainly peaceful and lovely. Thanks for the 'push' to post this item!

Greetings bazza,
I'm a great admirer of pictorial blogs with such excellent descriptions of a day out.
Thanks for this. Ah, the great outdoors...
With respect, Gary

Thanks Dad your pictures and description are lovely. We took the boys to play in Ray Park on Sunday afternoon which they enjoyed (and the cafe too of course!).

klahanie: And so near to home too!
Makes you proud to be English.