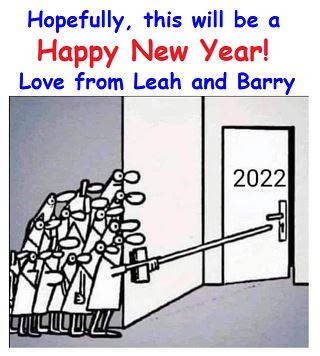 I'm listening to the fabulous voice of Ella Fitzgerald sing George & Ira Gershwin's Someone To Watch Over Me. Listen here for a real treat!
Posted by bazza at Friday, December 31, 2021 11 comments: 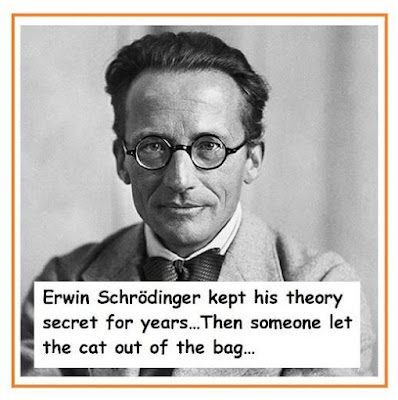 But it might help you to understand the function of Schrodinger’s thought experiment. In a conversation with Albert Einstein in 1935, in which Schrodinger discussed his concerns about the most popular interpretation of quantum physics, known as the Copenhagen Interpretation. The problem was with what became known as Quantum Superposition, in which, at a sub-atomic level two different particles appeared to be occupying the same space at the same time. The one that actually was in that place depended on it being looked at! Don’t try to work it out.

In Schrodinger's imaginary experiment, you place a cat in a box with a tiny bit of radioactive substance. When the radioactive substance decays, it triggers a Geiger counter which causes a poison or explosion to be released that kills the cat. Now, the decay of the radioactive substance is governed by the laws of quantum mechanics. This means that the atom starts in a combined state of "going to decay" and "not going to decay". Therefore, the cat is considered to be both dead and alive at the same time but only until it is observed, at which time it will become either one or the other! Here’s where the misconception is: this wasn’t meant to explain quantum theory but to point out the paradox it contains.

I'm listening to the classical guitarist John Williams play JS Bach's Gavotte & Rondo. Andre Segovia said of Williams, when he was still a teenager, "God has laid a finger on his brow." Listen to it here!