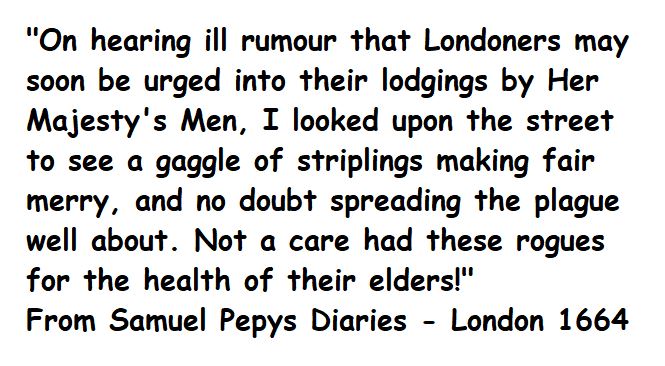 As I am a bit of short of time currently, I am going to re-post some of my favourites from over the previous ten years. 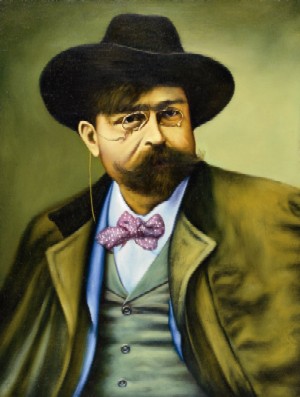 Isaac Albeniz was a Spanish pianist and composer who died at the early age of 48 (from a kidney ailment known at the time as Bright's Disease). I was once a student of the classical guitar and came to his music through the many transcriptions of his piano music for the guitar. Transcription is when a piece of music written for one instrument is arranged and notated for another.
My two favourite pieces are Granada from the Suite Española and the Tango in D and here are links to piano and guitar versions of both where one can see how well they work for the guitar.
Granada for piano (there are better versions but this is the best I could find on You Tube). I'm not sure who plays this.
Granada for guitar played by John Williams.
Tango in D for piano. Again, I don't know who the pianist is.
Tango in D for guitar played by John Williams again.


While I am stuck at home self-isolating, instead of music, I will be posting jokes:
Posted by bazza at Thursday, March 19, 2020 1 comment:

This is the second  post about the amazing North Hill in Highgate, London.
See the first part and introduction here. 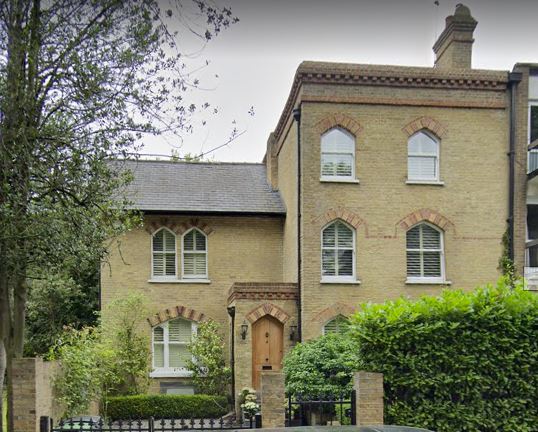 Number 4.This is a good example of Venetian Gothic which differs from that of Florence or Rome. The steeper roof and smaller windows make it more suited to a colder climate. The windows are the first appearance in North Hill of a pointed and angled arch as is the use of varying colours of brick. The heavy entablature at the top would have served to throw rain-water forward to avoid it soaking the walls. 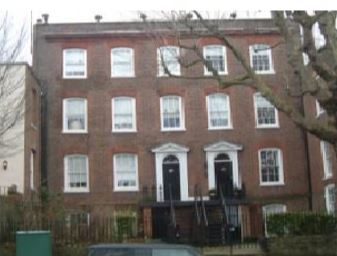 Numbers 47 and 49. Known as Provincial Georgian style (not a derogatory term!). These houses, unique to London would have been outside of any building regulations and, most probably, from a pattern-book so no involvement of an architect. The equal spacing of the windows and brickwork between them was a typical feature and the lintel at the top hides the roof. 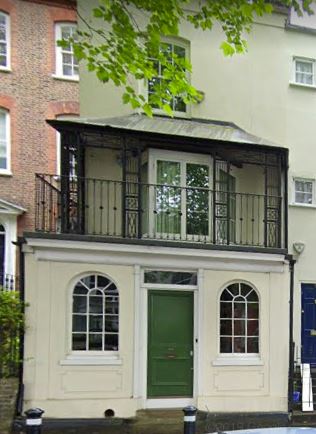 51 North Hill, Highgate
Number 51. An ornate Regency Villa of 1780. Although the ground-floor windows are classic Georgian the downstairs has been more recently extended. It is the only property in North Hill in which the front door opens directly onto the street. I love the first floor bay and wrought iron decoration. 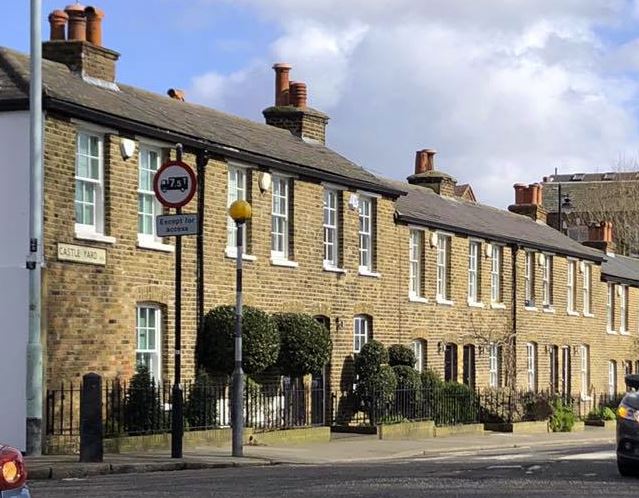 The Victorian Cottages of Castle yard; although tiny and quaint, these former worker's homes,
directly off North Hill, are worthwhile mentioning. These neat, sought-after houses can fetch a million pounds each! Location, location, location. 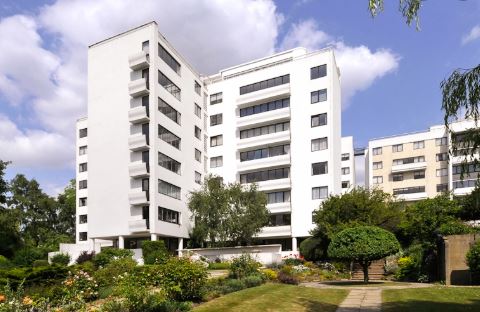 Highpoint One at the top of North Hill
And the final treat at the top of North Hill is HIGHPOINT (1935) the first of two apartment blocks on one of the highest spots in London and often cited as one of Britain’s finest buildings. It was designed by the Russian-emigré architect Berthold Lubetkin and commissioned by Sigmund Gestetner. Although it was originally intended for his staff, it was never used for that purpose. Next door is Highpoint 2 but I think Gestetner must have copied the first one 😊. Corbusier described it as “a building of the first rank.”

I'm listening to Country Girl by Brinsley Schwarz, the very talented 1970s band who never really made it despite having Nick Lowe as their vocalist. Take a listen here!
Posted by bazza at Tuesday, March 17, 2020 13 comments:

North Hill in Highgate, north London is a unique road in the UK, probably in Europe and possibly in the world! It's about half-a-mile in length and contains an absolutely incredible variety of English domestic architecture; almost a complete collection of all the styles and variety since Tudor times. Here is a selection of some of the more interesting buildings. More will follow in a future post.
Number 41 was built in 1600, at the end of the Tudor period although in the Elizabethan age. Its typically Tudor arrangement of black beams on white walls is far too tidy to be the original design and it was extensively remodelled in 1926. It is easily the oldest building in the street.

Number 121, an almost over-the-top Gothic Revival house from 1880 is unusual for the style in being symmetrical. It was the first appearance of glazed panels in the front door. The sills are made from an artificial aggregate called coade stone, named for its inventor, Mrs Coade who took the secret of its manufacturing process to her grave. Personally I rather like the downstairs windows and all the fussy details and additions.