The first twenty can be found here.
Posted by bazza at Wednesday, September 29, 2010 3 comments:

Heart of Darkness is a novella by Joseph Conrad first published in book form in 1902. It tells the story using a device known as a frame: one, unnamed, character is relating a story told through another narrator, while the two of them are waiting in a ship anchored in the Thames Estuary. The book is very well written and, incredibly, Conrad is writting in his third language, English. His first two were Polish and French. His skill with words is nonetheless amazing, as he tells the tale of a company agent who steams three hundred miles up an African river to seek a rogue company man. The themes of the book are the evils of imperialism and an examination of many forms of 'darkness', both physical and mental.

What famous Oscar-winning film was based on this story?

Someone got the answer straightaway! Check the comments and see if you were correct!
Posted by bazza at Saturday, September 25, 2010 12 comments:

John Betjeman was knighted in 1969 and made British Poet Laureate, when Cecil Day-Lewis died in 1972, until his own death in 1984. His image was always that of an avuncular cuddly eccentric, slightly bumbling and bewildered and he did nothing to discourage that image of himself.
He was often not highly regarded by critics but was always very popular with the public.
Isn't that frequently the case? His subject matter was rooted in the here and now rather than classical subjects. He was an admirer of architecture and nature.
He famously popularised suburbia as 'Metroland', named after the new suburbs that appeared around London between the wars due to the expansion of the Metropolitan Railway.
Here is one of my personal favourites of his poems.
I really enjoy the evocation of 1930's English middle-class society and I should say, for those under 40 or not British, that Hillman, Rover & Austin were makes of automobile.
I have not the faintest idea what 'her father's euonymus' was!


Love-thirty, love-forty, oh! weakness of joy,
The speed of a swallow, the grace of a boy,
With carefullest carelessness, gaily you won,
I am weak from your loveliness, Joan Hunter Dunn.


Her father’s euonymus shines as we walk,
And swing past the summerhouse, buried in talk,
And cool the verandah that welcomes us in
To the six-o’clock news and a lime-juice and gin.


The scent of the conifers, sound of the bath,
The view from my bedroom of moss-dappled path,
As I struggle with double-end evening tie,
For we dance at the Golf Club, my victor and I.


On the floor of her bedroom lie blazer and shorts,
And the cream-coloured walls are be-trophied with sports,
And westering, questioning settles the sun,
On your low-leaded window, Miss Joan Hunter Dunn.


The Hillman is waiting, the light’s in the hall,
The pictures of Egypt are bright on the wall,
My sweet, I am standing beside the oak stair
And there on the landing’s the light on your hair.


By roads “not adopted”, by woodlanded ways,
She drove to the club in the late summer haze,
Into nine-o’clock Camberley, heavy with bells
And mushroomy, pine-woody, evergreen smells.


Around us are Rovers and Austins afar,
Above us the intimate roof of the car,
And here on my right is the girl of my choice,
With the tilt of her nose and the chime of her voice.


And the scent of her wrap, and the words never said,
And the ominous, ominous dancing ahead.
We sat in the car park till twenty to one
And now I’m engaged to Miss Joan Hunter Dunn.

This is from BBC News, April 2007:
The woman who inspired one of Sir John Betjeman's most famous poems has died at the age of 92.
Joan Jackson was immortalised in print as Miss J Hunter Dunn in Sir John's 1941 poem, A Subaltern's Love Song.
Mrs Jackson, who first met Sir John while working at the Ministry of Information in the 1930s, died at a London nursing home last week.
Her son, Edward, said: "She never said she was proud to be his muse but she did not consider it a joke."
He added: "She just said that John was a nice man." 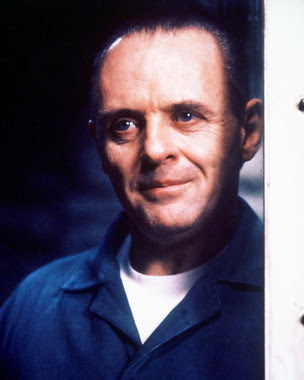 A change of subject this time. Instead of the usual literature questions here are a couple of cinematic ones:
1) Who was the first actor to portray Hannibal ("I'm having an old friend for dinner") Lecter  on screen?
2) Who played 'Iris' the 12 year old street-kid in Taxi Driver?
Answers will be posted in 'Comments' a few days.
Posted by bazza at Monday, September 13, 2010 10 comments: