Q1 Add the total number of dots on a standard die to the number of dominoes in a standard double-six set.
Q2  ‘A bronze desk’ is an anagram for a slang expression for which number? Subtract that number from the number of carats in pure gold.
Q3 Take the lowest number on a standard dart board that cannot be scored with a single dart and multiply it by the prime number that is nearest to ten.
Q4  What are you left with if you take the Meaning of Life, The Universe and Everything from the binary number 101010?
Q5  How many points do you score if you start a game of Scrabble with the word ZOO? Now take what oil does not do with water and turn that Roman number into an Arabic one and add it.
Q6 How long is a piece of string? I found some mixed length of string in a drawer. One piece was the same length, in feet, as a tennis court and another was the same number of feet in length as the number for a hurricane on the Beaufort scale. Add those numbers together.
Q7 Take the number of days of rain after The Flood and subtract the usual number of lines in a sonnet.
Q8 The Plieades star cluster has a much more common name which contains a number. Multiply that number by the number of stars in the Solar System!
Q9 Multiply the number of members of the UN Security Council with powers of veto by the number of the Apollo mission that first landed on the moon.
Q10 How many apples would you have if you took 15 apples out of a barrel of 200?
BONUS QUESTION: In case that wasn't hard enough for you here is a teaser to think about:
What numbers should replace the question marks in this sequence?
1, 50, 6, 45, 11, 40, 16, 35, 21, ? ?

THE ANSWERS ARE NOW
POSTED IN THE COMMENTS!
Posted by bazza at Friday, December 18, 2015 19 comments: Edward Hopper, (1882-1967), specialised in painting night scenes of New York City. He showed views of bars, cafes, offices and domestic scenes. They evoked a real 'feel' of New York and frequently portrayed lonely individuals in unremarkable situations. At the time of this picture he was resident in Greenwich Village and this is a view into a neighbouring apartment. The woman is in an inelegant pose and seems to be oblivious of the viewer; the viewer becomes a voyeur. The way in which the woman is half out of view is something adapted from the work of Degas, someone whom Hopper admired, (see below). 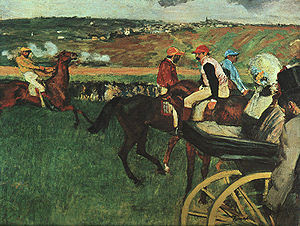 We get a glimpse of someone's private space in the same way that one might do when looking out of a train window. The curtain blowing out of an open window suggests a summer evening and this scene is really more redolent of 1920's New York than views of skyscrapers; the isolation and urban loneliness of individuals who are actually crowded together is suggested. Hopper was always interested in the effects of light and this painting is almost a triptych with the three windows. Here are some other pictures by Hopper.
To me, each one of these paintings strongly suggests a narrative and a back-story : 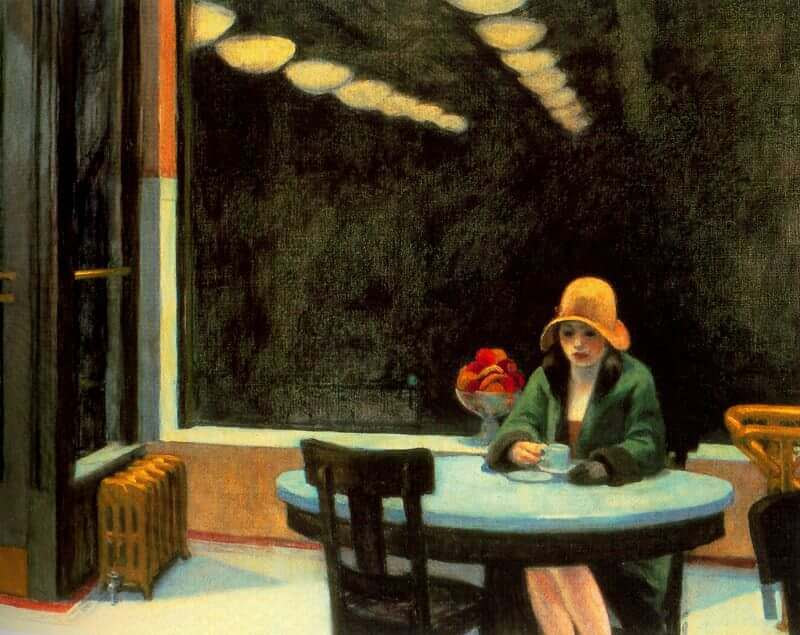 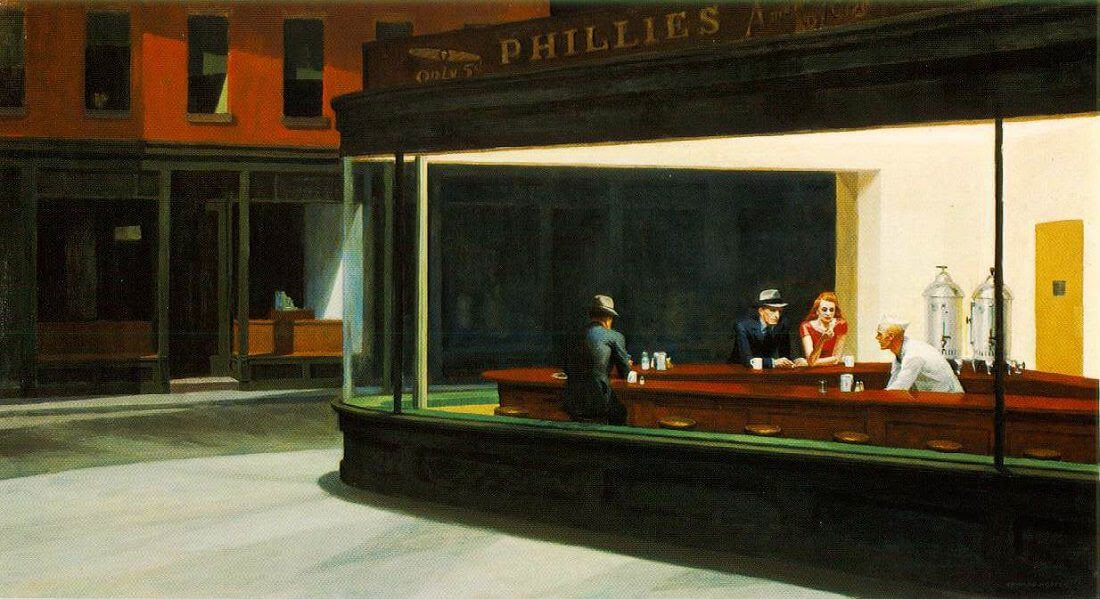