2. The “Warrior gene” has been used in court as a defence for brutal crimes.           MAO-A or Monoamine oxidase A to be precise, is a gene that breaks down serotonin, a chemical in our brain that we need to feel good. When MAO-A is less active, explains Dr Sally McSwiggan, the result is a higher concentration of serotonin in our grey matter. Some think this results in us becoming more impulsive, more emotional and more aggressive. Up to 60% of us are walking around with the low activity “warrior” version of MAO-A and most will never commit a crime.

A study compared 800 violent and non-violent prisoners to look for a link between this gene and violent behaviour. It found that inmates carrying a certain version of MAO-A were indeed more likely to commit violent crimes. But this doesn’t mean anyone who carries the gene is destined for a life of brutality. In fact, up to 60% of us are walking around with the low activity “warrior” version of MAO-A, and most will never commit a crime. This hasn’t stopped lawyers bringing their client’s DNA in to the courtroom, however, in the hope of getting them off the hook. 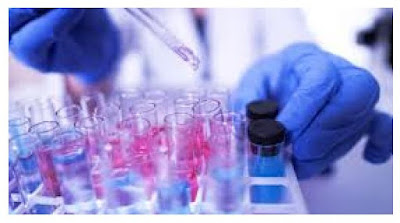 3. We share the “eyeball gene” with every living creature.
PAX6 is the gene that tells an embryo to build an eye. It is expressed very early on, as Professor Veronica van Heyningen explains, only a week or two after fertilisation in the human embryo. Before the brain is even really a brain – more a tube of nerve cells – the eyes begin to “bud out”. PAX6 is then expressed in all different layers of the eye from the retina to the cornea to the lens.
It isn’t easy for scientists to study PAX6, but one study has revealed an unlikely connection with another creature’s eye growing gene; the fruit fly. Dr Patrick Callaerts ran experiments where he activated the gene in flies’ legs. He found that they would start growing eyes right there on their limbs. His team then put the human PAX6 gene into the flies and, incredibly, the same thing happened: the flies grew normal fly eyes. In transpired that PAX6 is the master control gene, which tells an embryo to build an eye, whether it’s in a fly or a human.
And they learned something even more fundamental - wherever you find eyes, you find PAX6. From fish to flatworms, pandas to parakeets, wallabies to water fleas – it’s ubiquitous. The same gene that makes our peepers is behind the eyes of every other animal, from a tiny fruit fly to a gigantic blue whale.
4. Only one in ten of people genetically at risk of Huntington’s Disease choose to get tested.
Huntington’s disease is an inherited neurological disorder which stops parts of the brain working properly over time. Initial symptoms can include difficulty concentrating and involuntary movements of the limbs and body. There's currently no cure for Huntington's disease or any way to stop it getting worse.
The gene responsible is called Huntington. As with all genes for diseases, we all have two copies of Huntington, one from our mum and one from our dad. But in people who develop Huntington’s disease, at least one of those copies has an unusual glitch. The fault is in a repeating sequence in the gene called a CAG. Normally there are twenty of these repeats but in Huntington’s disease the CAG expands. “When you get to 40 of the CAG repeats you will definitely develop the disease if you live long enough,” explains Dr Sarah Tabrizi.
Since the 1980s it’s been possible for people in affected families to get tested for the Huntington’s gene, which reveals their risk of developing the disease and the chance of passing it on to their children. But it’s not a simple decision. In fact, only about one in ten people at risk choose to get tested. Perhaps understandable given the fact there is currently no cure. A large-scale trial for a new drug raised hopes, but it did not halt symptoms in sufferers and the trial was stopped. However, Dr Tabrizi remains hopeful. “We will find treatments,” says the neuroscientist.
5. One in a hundred of us are naturally immune to HIV
Stephen Krone lived in New York through the heyday of the gay scene in the 1970s and early 80s. He watched as one after another of his friends, including his boyfriend, were struck down by the mysterious disease that was ravaging their community. But Krone was never affected.
Scientists learnt that a gene called CCR5 is the crucial portal by which HIV infects immune cells. And a specific version of the gene, called delta 32, seemed to protect against the virus. Dr Stephen O’Brien discovered that people who had two copies of CCR5-delta32 were never found among HIV infected individuals, which he describes as “remarkable statistically.” It seemed that if you carried this genotype, you could not be infected, ever. It was because these individuals simply had no doorway by which HIV could enter cells. “They were walking around as this rare but very, very noticeable group who were genetically resistant to the infection of HIV,” says Stephen. It was a ground-breaking discovery: “It was really the first time that anybody had identified a human mutation which was good for you in the sense that it protected you from a deadly infectious disease – AIDS.”
I'm listening to David Bowie's The Jean Genie
(Ha ha!). You can listen here.
Posted by bazza at Wednesday, August 25, 2021 11 comments:

One of the deciding reasons that London won the right to stage the Olympic Games in 2012 was their impressive Legacy Programme. Last Sunday (15th August) I led my charity walking group there for the third time. The Olympic Park is accessed via Westfield Stratford City, Europe's largest urban shopping and leisure destination. Launched in September 2011 creating 10,000 jobs, the £2 billion development is the prestigious gateway to the Olympic Park in London and attracted an unprecedented 48 million visitors in the Olympic year. It features the first large-scale use in the world of Pave-gen flooring, creating electricity from kinetic energy of the footsteps of visitors. 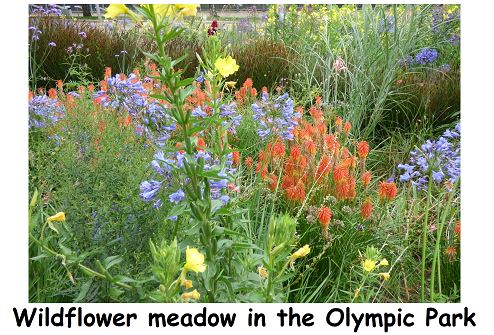 The first major sight in the Park is the stunning London Aquatics Centre designed by the late Zaha Hadid, still the world’s most technically advanced swimming centre where Olympic Diving Gold Medalist Tom Daley has chosen to base himself.

But these days the most impressive thing is the extensive new developments. The former Athletes Village has been turned into ‘affordable housing’ for key workers and a whole new district has grown around it with a community, an Academy School and hard-to-get yet high-priced housing. There will be more than 34,000 new homes built in five new neighbourhoods around the Queen Elizabeth Park by 2030. 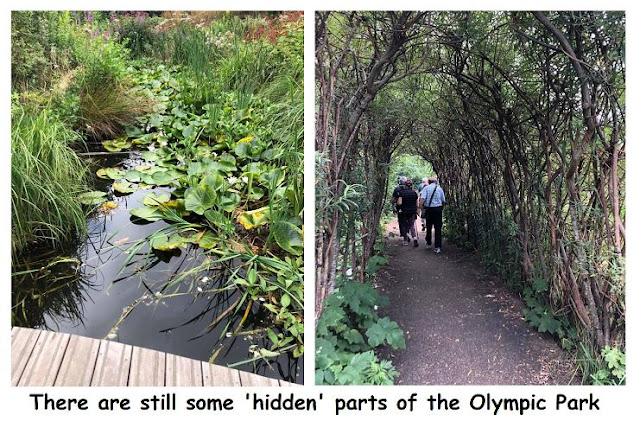 The Victoria & Albert Museum will have a branch there in partnership with The Smithsonian, the BBC is building a state-of-the art music studio and its orchestra will have a home in the Park. The London School of Fashion will be there along with a huge new campus for University College London, East. Sadler's Wells are building a new theatre for dance. The former Broadcast Centre from the London Games has become a 1.2m square feet centre for scientific start-ups in co-ordination with the universities. Despite the extensive building and development there is still plenty of green space and gardens with real ecological purpose. The worlds largest and tallest sculpture, the ArcelorMittal Orbit stands in the park and now has a slide around it! 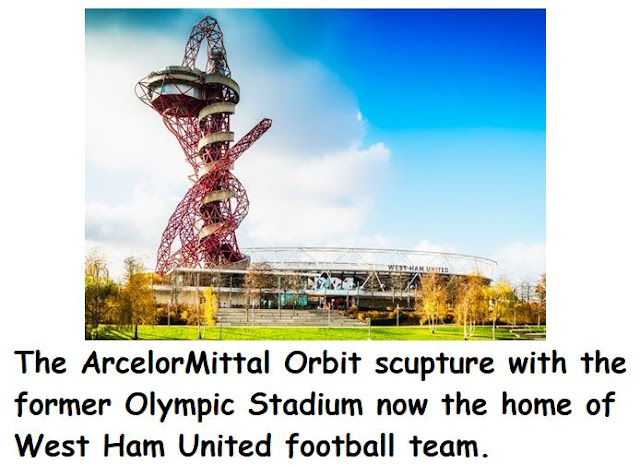 The newest addition is The London Blossom Garden, a memorial to London's victims of Covid-19 and all of the services who are helping. 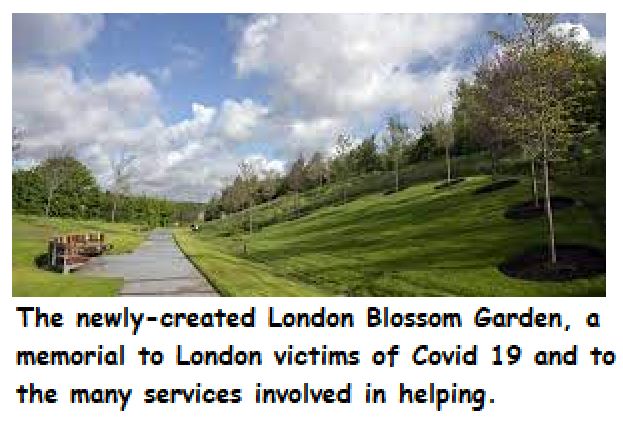 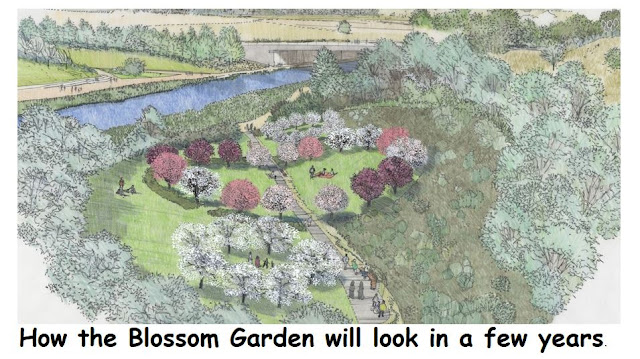 I'm listening to Handel's Arrival of the Queen of Sheba. It's always uplifting so if you would like a drug-free boost, listen HERE.