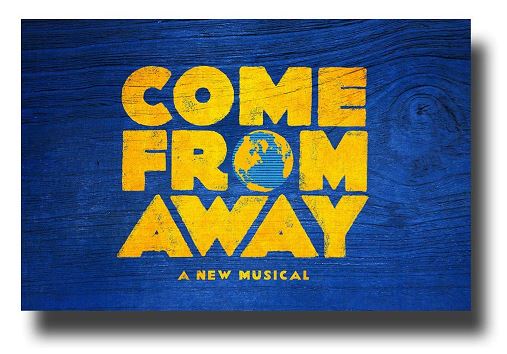 COME FROM AWAY is a Canadian musical based on the true story of what happened in 2001 when Islamic terrorists attacked the Twin Towers in New York City and 38 planes were diverted to Gander in Newfoundland & Labrador, Canada. Gander had a population of 10,000 which was swelled, with no notice, by another 7,000 for the ensuing week.

My daughter and future son-in-law were on a plane approaching New York at the time. Their aircraft was turned around and sent back to Heathrow, London. If they had been ten minutes earlier, they too would have been diverted to Gander, who did a miraculous job of hosting their unexpected guests.

Leah and I were lucky enough to be at the final preview when the show opened in London in February 2019. To our surprise we discovered that two of the main real-life characters who were being portrayed on stage were sitting next to us. And they pointed out that we were actually surrounded by most of the real-life characters and the creator and original producer were sitting behind us! 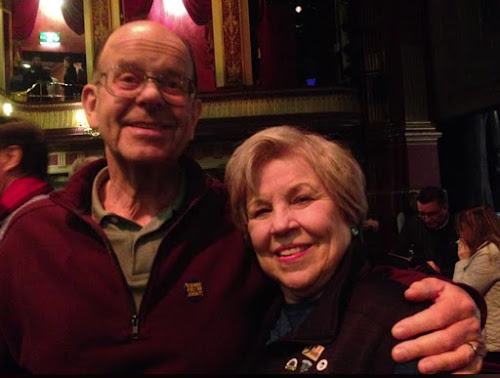 Nick and Diane who met in Gander and have been married ever since.
The show is still running in London and is a beautiful musical event. This is my favourite song from the show, which I found very emotional.LISTEN HERE
Posted by bazza at Sunday, September 13, 2020 15 comments: 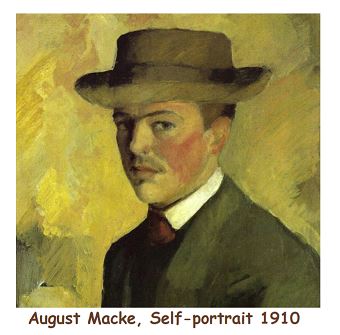 August Macke (1887 – 1914) was one of the leading members of the German Expressionist group Der Blaue Reiter (The Blue Rider). He lived during a particularly innovative time for German art which saw the development of the main German Expressionist movements as well as the arrival of the successive avant-garde movements which were forming in the rest of Europe. 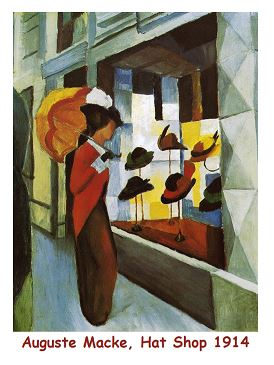 August Macke was inspired by the leisure activities of his fellow citizens, and captured shopping trips on numerous occasions. This painting from 1914 features the standard style used throughout his career - relatively small use of detail, concentrating more on bright and bold colour. This expressionist approach was relatively new during the early 20th century but is now a well-accepted thoroughbred of art history. Most of his paintings of shoppers capture them looking through the windows of stores, rather than actually inside. They would always be well dressed, presumably wealthy. Leisure time was something that not everyone could enjoy at that time. The Victorian age marked major changes across European society and artists like this provide a window into that time. In truth, most of Macke’s success was due to the bright, expressionist style of his work, rather than the content included. Sadly, this was to be one of the artist's final artworks, with his life soon being lost in the First World War. It was later seized at around the time of WW2 because of the artist's relatively modern style which did not find favour with the Third Reich. Here are some other paintings he made: 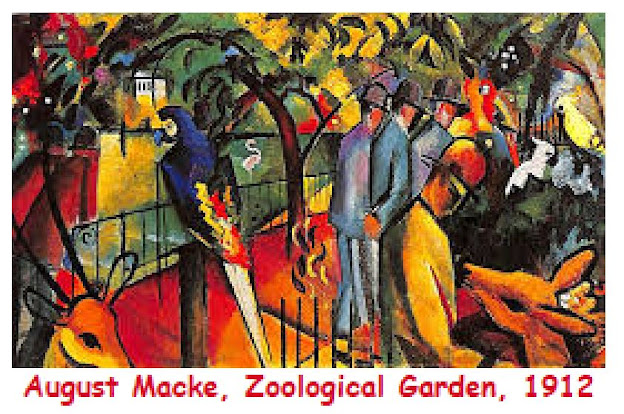 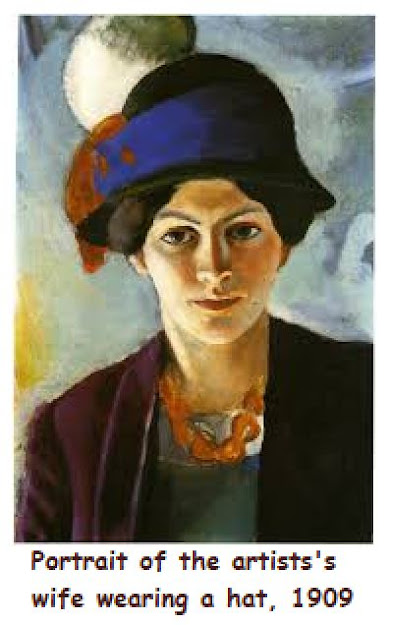 I'm listening to Carole King singing her own song, I wasn't Born to Follow
Listen here