CHANCERY LANE is an historic short street in London which runs from Fleet Street at its southern end to High Holborn in the north. It is situated in the ward of Farringdon Without (which means ‘outside of’ the City of London). Since 1994 it has formed part of the western boundary of the City. The route was originally created by the Knights Templar sometime before 1161AD. It provided a route for them to access their newly-acquired property in The Temple from their location in Holborn.
It originally was called New Lane but it later became known by its present name because the historic High Court of Chancery was established there soon afterwards. It has a long association with the legal profession. A British barrister has to belong to one of the four remaining Inns of Court. Inner Temple is just south of Fleet Street and Lincoln’s Inn forms much of the western side of Chancery Lane. Many of the small roads and alleys leading off the street have names that reflect that history. For example Carey Street, formerly the location of the Bankruptcy Court; the euphemism ‘on Carey Street’ means ‘to be bankrupt’, Rolls Buildings and Cursitor Alley.
Lincoln Inn Fields is the largest public square in London, laid out in 1630. Parts of the film Tom Jones were made there. It’s a real step into history and an oasis in central London.
On the eastern side of the street King Henry III established a Domus Conversorum in the 13th century. That was a residence and chapel for Jews who had converted to Christianity. That would have been the only legal way they could stay in England at that time.
The Public Records Office was formerly in Chancery Lane but is now in near Kew Gardens, well away from Central London and the Patents Offices was also in Chancery Lane. The London Silver Vaults are still there – an underground, highly secure location and storage place, which is open to the public with 30 retailers having their businesses there.
By the 1770s the lane had taken on a decidedly urban character and it retains many Georgian buildings, which form part of the Chancery Lane conservation area. With the steady rise of the legal profession, solicitors took premises here, as did suppliers such as wig makers, strongbox makers, law stationers and booksellers.
The Law Society of England and Wales, the controlling body of the Legal Profession, is headquartered at 113 Chancery Lane. Chancery Lane is also home to the Official Solicitor and Public Trustee.
Chancery Lane Underground station is home to one of eight deep-level air raid shelters built to protect government staff and equipment during the Second World War. After the war, the shelter was converted to become Kingsway telephone exchange, equipped for cold war disasters with six weeks food supply, an artesian well, a games room and the country's deepest licensed bar.
It is a short road (about 350 metres) but is packed full of history
I'm listening to the Tango in D Major by Isaac Albeniz. This a very versatile piece of music that works with piano, guitar, violin or full orchestra. I'm a sucker for any version! Listen here.

Here is a new selection of the  (alleged) funnies, that I have posted on various Facebook sites - not all written by me of course!

I'm listening to the late Ronnie Lane (formerly of The Small Faces and then The Faces with Rod Stewart). He died of MS at a tragically young age but left us some good music. You can here him singing Roll On Babe here.
Posted by bazza at Tuesday, July 23, 2019 6 comments:

Completed in 1868 by a team led by Joseph Bazalgette, creator of a sewage network for central London which was instrumental in relieving the city from cholera epidemics, while beginning the cleansing of the Thames, the original ABBEY MILLS PUMPING STATION is a Grade II* listed building. It was decommissioned in favour of a modern station just adjacent to it but the original is an architectural delight. Two large chimneys ceased to be used in 1933 but were demolished in WW2 because of the very real threat of bomb damage. The building is a ‘cathedral to sewage’ (or the Cistern Chapel?) in an Italianate Victorian Gothic style.

Although the main engineer was Bazalgette, the architect Charles Driver was responsible for the use of the elaborate iron-work internally, thus raising the use of iron above mere utility.  The fabulous interior has frequently been used for filming most notably for some of the Batman Films. 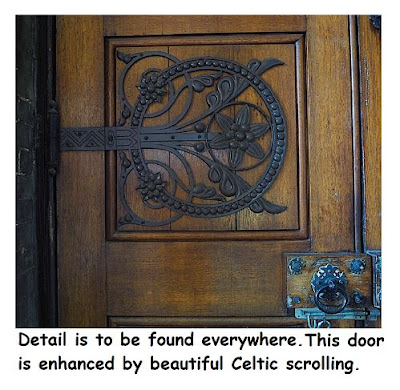