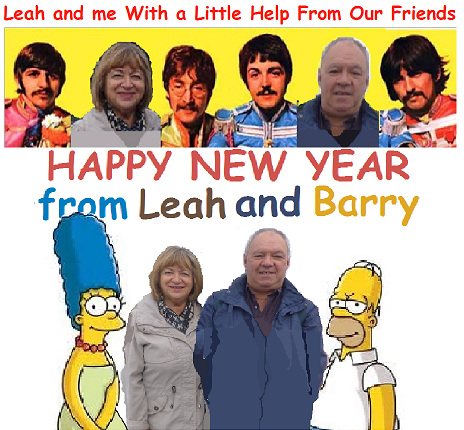 A Warning on Spontaneous Combustion

This charming little verse is written in the Scottish vernacular by Stuart Mclean. I can find nothing about the author. A Google search consistently brings up the late Canadian Broadcaster of the same name or Alistair Stuart McLean the author of thrillers.

A Warning on Spontaneous Combustion by Stuart McLean

O whisky is the king of drinks,
Renowned the world o'er,
But here's a word o' caution,
Tae think of when ye pour.
There's a certain combination,
That tastes so very good,
But when it hits your tummy,
And mixes with your food.
That's when the trouble starts,
For yer pleasure hits overload,
And half an hour later,
Ye'll suddenly explode.
So there ye are in the pub,
Completely engulfed in flames,
And yer good wife's dashing home,
Tae lodge insurance claims.
Well now that I have told ye,
Don't say ye've no' been warned,
So don't try it oot yersel',
Or ye'll soon be bein' mourned.
It's clearly not great poetry but neither is it at the level of William McGonagall, (about whom there will be a future post). And it does have wonderful humour and a great joke towards the end, re the insurance claim! Something to bring in the New Year with a laugh!
I'm listening to a rough demo copy of George Harrison's All Things Must Past with all of the Beatles. I prefer it to the more polished final version. Hear it here.
I hope everyone reading this this has a wonderful 2018! 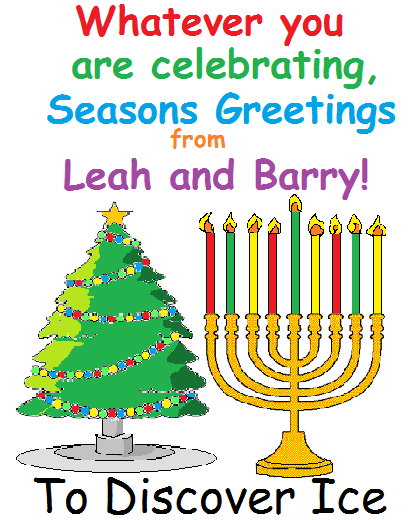 Sir Stanley Spencer (1891 – 1959) was born in the Berkshire village of Cookham which sits by the bank of the River Thames. Kenneth Grahame was inspired to write The Wind in the Willows by that beautiful and serene stretch of water. In a sense Spencer never really left the village. Many of his paintings are set there, including some of his various religious works especially of The Resurrection, a theme he returned to throughout his career. He turned the streets of Cookham into visions of holiness using family and neighbours as his models.
In an age that was beginning to be heavily imbued with the influence of Darwin, Spencer held on to his faith throughout his life. He produced his best work between the two World Wars when church attendance in Great Britain was drastically falling but he saw Cookham as heaven on Earth, a paradise invested with mystical significance.
In this monumental work (it's 2.7m by 5.5m in size) Spencer has set the scene in Cookham Churchyard where the dead are risen and can be seen, top left, being transported up to heaven by the Thames pleasure steamers, which were plentiful at that time. In the painting Spencer can be seen naked, right of centre, while his fiance sleeps on a bed of ivy. The figure of Christ sits in the church porch. Click on the picture to enlarge or hold down 'Ctrl' and press '+' several times.
Spencer compared his emotional approach to his work with Moses seeing the burning bush and taking his shoes off; "I saw many burning bushes in Cookham. I observe the most sacred quality in the most unexpected places".
Below are some of his other paintings, showing his great range which had the unifying quality of seeing the sacred in everyday life:

And a selection of his self-portraits 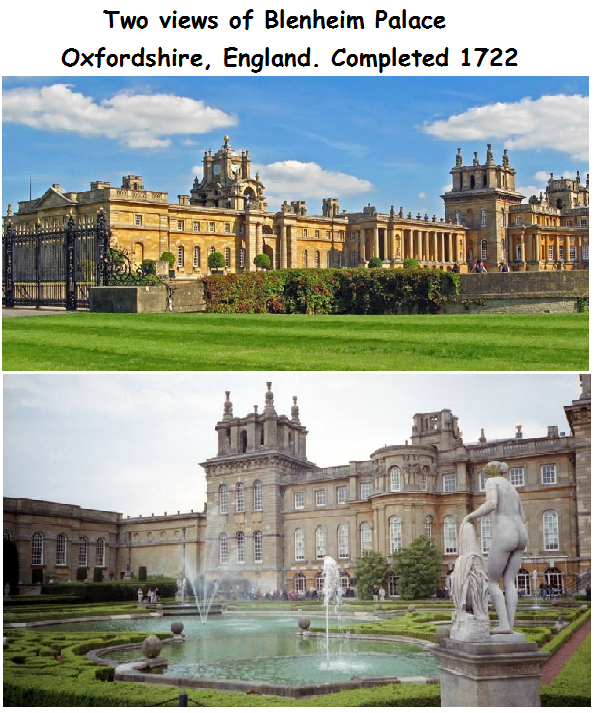 Blenheim Palace had been built for John Churchill, who was created the first Duke of Marlborough after he had secured victory in the battle of Blenheim in the War of Spanish Succession (fought to halt Spain and France uniting against the other European powers).  John Churchill was the son of the first Sir Winston Churchill (1620-1688) and a direct ancestor of the twentieth century one. 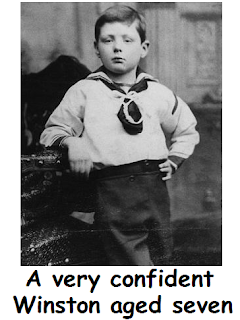 Blenheim is in fact a huge country house and the only building in Great Britain to be styled a ‘Palace’ that is neither Royal nor the residence of a Bishop. Currently the Palace is still the home of the 12th Duke of Marlborough. Interestingly the title ‘Duke of Marlborough’ is the only aristocratic one deemed suo jure which means it can be inherited through the male or female line.
Churchill was born at Blenheim Palace, Oxfordshire, his grandfather’s home, on 30th November 1874. When aged seven he was sent to boarding school where he massively under-achieved and “misbehaved”. These were to be characteristics of his continuing education. His parental contact with his father was virtually non-existent and with his Brooklyn-born mother Jenny,  it was “distant”. From this distance in time it does not  surprise me that he was difficult! Blenheim is located in the delightful historic market town of Woodstock and makes for a very lovely place to visit. It's full of Churchill memorabilia and is now a World Heritage Site.
When a British Prime Minister steps down it is customary for them to be offered an earldom but Churchill had the offer of the special privilege of being created Duke of London in 1955. He turned it down because, at the time, it was not possible to renounce any kind of peerage and the hereditary title would have prevented his descendants from sitting in the House of Commons. 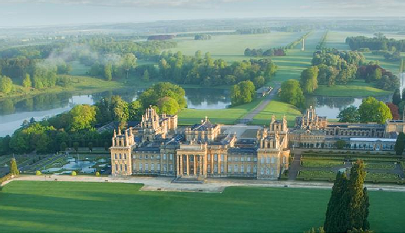