Bridget Riley was born in London, England in 1931 and is still working at age 85. She was the darling of the London art scene in the 1960s and was largely responsible for the increased popularity of Op Art at that time.
In the late sixties she started working with colour and her work certainly had a different appeal from then on. I have shown a selection of her work below and, whatever one thinks about modern art, especially Op Art, ('op' is short for optical of course),  She became interested in the visual and emotional response to colour.
I find much of her colour works have a wonderful calming influence and I could easily live with one on my wall. 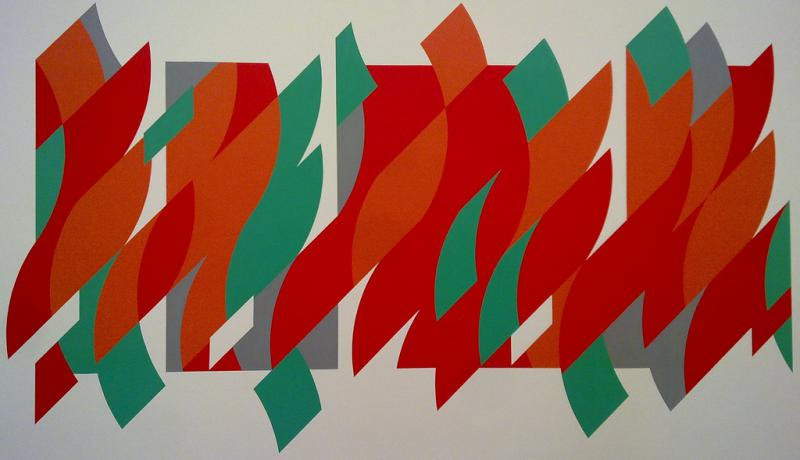 I'm listening to the only version of the much-recorded song Mr Bojangles that I really enjoy. It's by the man who wrote it; Jerry Jeff Walker and here you can hear the version I prefer.
Posted by bazza at Friday, August 26, 2016 20 comments:

It's been a few years since my last post in this series so I am going write about and probably introduce you to Jake Thackray.
John Philip 'Jake' Thackray was a true English eccentric who wrote and sang wryly comical and poignant songs. He was also a teacher, poet and journalist and his music is rather hard to pigeon-hole. He was the epitome of 'lugubrious' and can be compared to the French chansonnier singers like Jaques Brel and was a good friend of Georges Brassens.
Jarvis Cocker, Morrissey, Ralph McTell and Jasper Carrot were also influenced by his style. He accompanied his rich baritone voice with his nylon-stringed classical/jazz-style guitar playing. He is very English and may not have much appeal beyond these shores but he was a great talent who died too young, aged 64 in 2002.
He was a modest man who has been called 'The Noel Coward of the North' but he refused to accept that flattering comparison. I feel that he never quite achieved the acclaim he deserved.
My favourite of his songs are 'La-Di-Dah' - see above and Sister Josephine, below:
Posted by bazza at Thursday, August 18, 2016 10 comments: