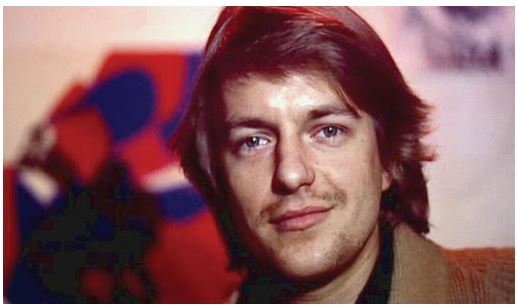 Robert Wyatt, born 1945, is a retired English musician. He was a founding member of the influential bands Soft Machine and Matching Mole in the Canterbury music scene. He initially played drums and sang before becoming paraplegic after a drunken fall from a window in 1973. He abandoned band work and began a forty-year solo career exploring other instruments. Wyatt's work became increasingly interpretative, collaborative and politicised from the mid 1970s onwards.

His solo music has covered a particularly individual musical terrain ranging from covers of pop singles to shifting amorphous song collections drawing on elements of jazz, folk and nursery rhyme. Wyatt retired from his music career in 2014, stating "there is a pride in stopping, I don’t want the music to go off”

I think his music is very special, sometimes very moving. If you listen to nothing else here listen to “O’Caroline” by Matching Mole. I have said here before that I like sad songs and this always makes me stop and listen. 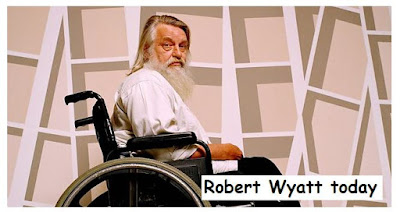 “Shipbuilding” was composed with Robert Wyatt in mind by Clive Langer and lyrics by Elvis Costello for whom it was a hit single. Listen here.

His cover of “I’m a Believer” is very different to The Monkee’s version. Listen here

“Heaps of Sheeps” is a hypnotic up tempo rock anthem. Listen here.

1967..*sighs happily*... I'm a Believer was soooo good. I tried to hear Robert Wyatt's version but your link must have been blocked.

Hels: I just checked and it works here. Maybe it's blocked in Oz? Try this link:
https://www.youtube.com/watch?v=T5ivg0cDBgo

Hello Bazza, What a shame that so many talented musicians developed such a dangerous lifestyle. According to Wikipedia and Hyatt, the fall, tragic as it was, actually saved him, as he was headed in a bad direction. The "Believer" link worked for me, incidentally. I also listened to the O'Caroline song. His voice has a somewhat veiled quality, but his musical intention is to create a personal mood and effect that he transmits very well.
--Jim

Jim: A lot of his later work is quite avant-garde but the songs in my post are all easy to relate to. Some singers are not technically gifted but that isn't a problem for me. Singers like Buddy Holly and even Bob Dylan & Leonard Cohen have a way of delivering a vocal which, for me is more important.