The New World and Spin-Offs

I think the largo, (second movement), of Dvorak's New World Symphony is one of the most beautiful and memorable melodies in the classical repertoire. Apparently other's have felt this way too, as I demonstrate below. Dvorak completed the work in the United States in 1893. It's formal title is Symphony No. 9 in E minor, "From the New World", Op. 95, B. 178. 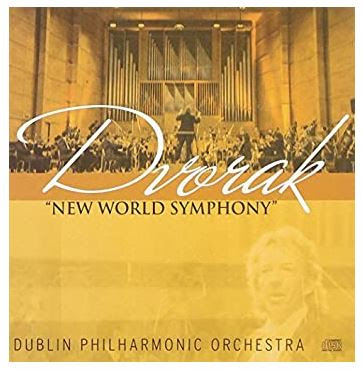 Firstly you can listen to an extract from second movement played by the Dublin Philharmonic here.

Then, my very favourite, the spiritual song "Going Home", which borrows the melody, sung here by the stunning Norwegian soprano Sissel.

Now a song from 1968 by the Scottish group A New Generation (who later became The Sullivan Brothers). Their song, which faithfully reproduces the opening chords from Dvorak is called "Smokey Blues Away". Click here to listen.

Hello Bazza, When I was taking oboe lessons in Cleveland, my teacher was the English horn player in the Cleveland Orchestra, so when I heard them play the New World symphony, I got to hear him perform this magical solo.
--Jim

My beloved was 3.5 years old when he left Czechoslovakia and never heard a concert there. But he is still totally proud of Czech composers of world fame, including Zelenka, Gluck, Tomasek, Smetana, Devorak, Mahler and every other genius he can claim :)

Hi Bazza - wonderful choices of music for The New World we're encountering ... these lighten our spirits - thank you ... Hilary

Jim: I think that piece is very accessible to youngsters first encountering the classical repertoire. I can remember first hearing in a school assembly.

Hels: He's right to be proud of them! The Czechs punch above their weight.

Hilary: Good point! Very apt for these modern times and, as I tried to show, a very versatile piece.

Thank you for these music choices.
A big thumbs up and smile for Sissel :)

All the best Jan